Preview at the Herbert Read Gallery 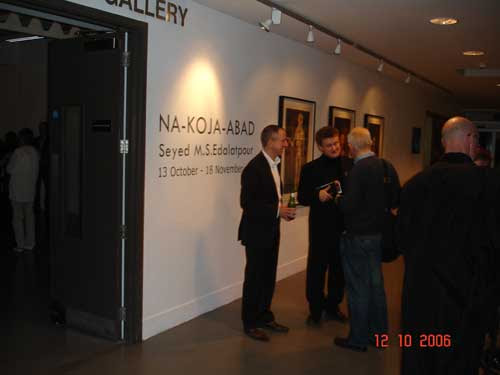 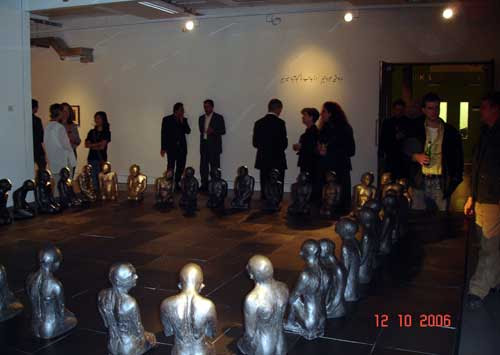 Posted by Seyed Edalatpour at 12:20 PM No comments: 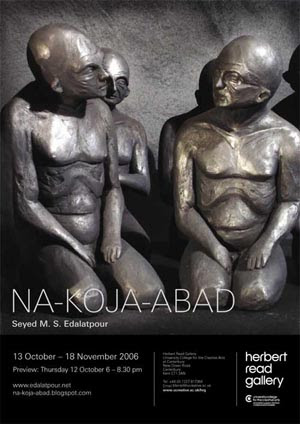 NA-KOJA-ABAD: A Persian linguistic calque: Na-koja-Abad, the "land of No-where", consists of ‘Na’ a prefix used to indicate a denial, ‘Koja’ which in itself is made up of two parts ‘ja’ indicating a place and ‘Ko’ which questions ’Ja’. ‘Abad’ is a place made suitable for habitation.

The term was originally coined by Persian poet Sohravardi in the twelfth century. In his tale of "The Crimson Archangel" The visionary finds himself, at the beginning of the tale, in the presence of a supernatural figure of great beauty, whom the visionary asks who he is and from where he comes. These tales essentially illustrate the experience of the Gnostic, lived as the personal history of the Stranger, the captive who aspires to return home.

"0 Youth! where do you come from?" He receives this reply: "What? I am the first-born of the children of the Creator and you call me a youth?" There, in this origin, is the mystery of the crimson colour that clothes his appearance: that of a being of pure Light whose splendour the sensory world reduces to the crimson of twilight. "I come from beyond the ... It is there that you were yourself at the beginning, and it is there that you will return when you are finally rid of your bonds."

What, then, is the road that leads out of it? How long is it? "No matter how long you walk," he is told, "it is at the point of departure that you arrive there again," like the point of the compass returning to the same place. Does this involve simply leaving oneself in order to attain oneself) Not exactly. Between the two, a great event will have changed everything; the self that is found there is the one that is beyond the a superior self, a self "in the second person.

The question that must be asked is asked, and the reply is this:
"I come from Na-koja-Abad."

Extracts from Mundus Imaginalis, or the Imaginary and the Imaginal by Henri Corbin.